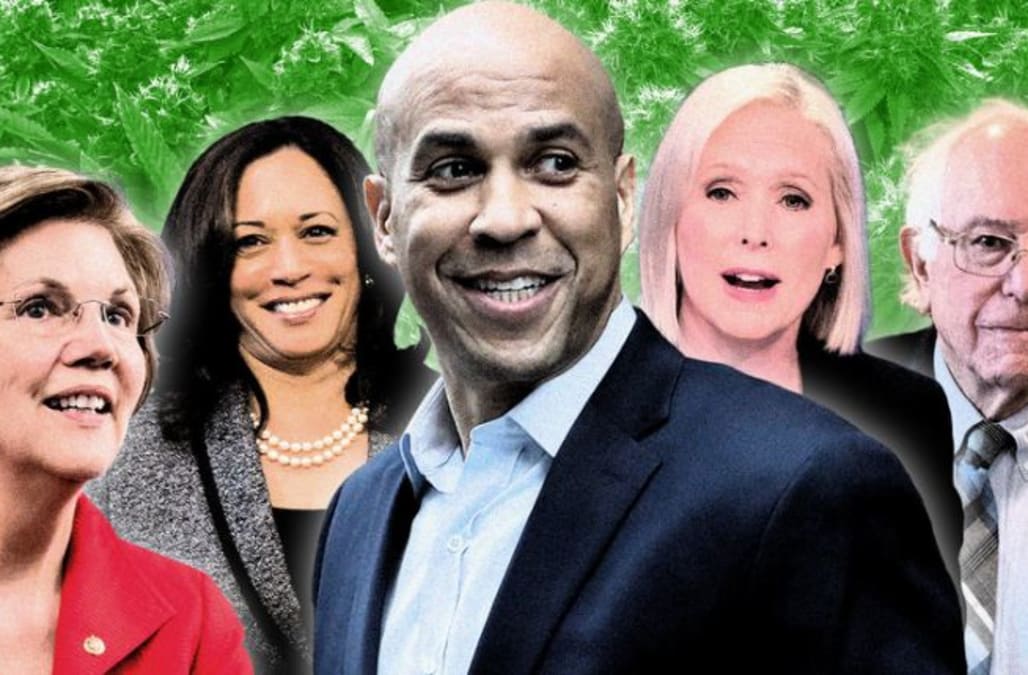 Titled the Marijuana Justice Act, the bill is being co-sponsored by other candidates seeking the 2020 Democratic presidential nomination, including Sens. Elizabeth Warren, Bernie Sanders, Kamala Harris and Kirsten Gillibrand.

“The War on Drugs has not been a war on drugs, it’s been a war on people, and disproportionately people of color and low-income individuals,”Booker said in a press release. “The Marijuana Justice Act seeks to reverse decades of this unfair, unjust, and failed policy by removing marijuana from the list of controlled substances and making it legal at the federal level.”

President Trump offered his support in February to a separate bill introduced by Warren and Sen. Cory Gardner, R-Colo., which seeks to block the federal government from enforcing federal drug charges in states that have legalized the drug.

An October poll by the Pew Research Center found that 62 percent of Americans now believe that marijuana should be legalized. An overwhelming 74 percent of millennial voters support doing so.